Energy Generation: How You Can Help To Save the Planet

Soil erosion — a process in which heavy rainfall or high winds remove the fertile upper layer of topsoil — is a fact of life in Australia. Sudden storms and high winds can move large quantities of soil, not only reducing the growing potential of an area but also contaminating local creeks and rivers. Erosion control is a constant problem for farmers and can be very serious in exposed areas like building sites, but it's also something to consider when planning your garden. The right tools and decisions can help keep soil erosion to a minimum.

Storms and flash flooding can cause significant erosion, but steady erosion over time can be equally dangerous and much harder to notice. Keeping an eye on your garden's level of erosion can help you adjust your layout and strategy to prevent it. To track soil level, use simple techniques like pushing a tent peg into the ground and marking a soil line on it with waterproof marker or paint. Periodically check to see whether the soil level is below the line. Similarly, you can push a bottle cap into the soil so that only the top shows. If the cap comes loose, you may have an erosion problem.

Adding barriers to erosion can help keep your garden's topsoil layer safe. Protective mesh matting stops erosion by allowing water to pass through but stopping soil from leaving. You can buy synthetic matting or matting made from natural fibres such as hessian. The size of mesh needed depends on the type of soil you want to protect; soils with a smaller particle size require a finer mesh. To prevent soil washing away down sloped surfaces, reinforce the bottoms of slopes with reinforcements such as coir logs.

The more plant ground cover an area has, the more resistant to soil erosion it is. In areas with heavy rainfall, ground cover is even more important: along the north coast, it is recommend to have up to 100% ground cover in areas particularly vulnerable to erosion. The root systems of plants such as lomandra and festuca help keep the soil together, reducing the damage from wind and rainfall, while quick-growing ground-cover plants such as cerastium (snow-in-summer or chickweed) can cover bare areas in a short period of time. Different regions will have different plants which suit their climate best, but improved ground cover will be helpful in any environment. 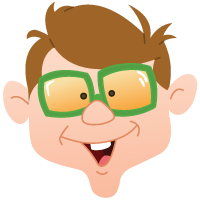 Hello! Welcome to my blog. My name is Richard and this is my energy blog. My friends think I am really dull but I love energy. When I first read about climate change, I was really worried. Not only might we run out of oil and coal, we may also seriously damage the environment. Although I work in an industry which has nothing to do with the energy and the environment, I take a very keen interest in the sector. I have installed a wind farm on my land and invested in solar energy. I hope this blog is useful.

Ways to Keep Your Air Conditioning Healthy
16 May 2017

As a virtual life-saver that stops your home from …

Choose and Use the Right Fire Extingusher
26 April 2017

Fire hazards of one nature or the other are presen …

Soil erosion — a process in which heavy rainfall o …